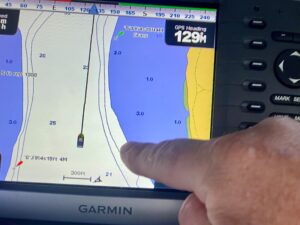 SPRINGFIELD, Va., June 22, 2021– Taking from one and giving to another has consequences. A bill introduced today by Sen. Jim Inhofe (R-OK) aims to right the wrongs of an April 2020 FCC decision to permit Ligado Networks LLC to use radio spectrum in a way that would cause interference with GPS, and force the company to pay for costs incurred by businesses and consumers to ensure continued GPS reliability.

Ligado’s slice of licensed “L-Band” radio spectrum, designated for space-based navigation and communications, is located near lower frequency bands used by hundreds of millions of GPS units in public safety, health, government, transportation, military, commerce, agriculture and more. Boat Owners Association of The United States (BoatUS) and other coalition members believe that, as the Ligado network is rolled out, instances of signal interference will increase. Beyond the issue of safety, failure of the GPS system could potentially cost the national economy approximately $1 billion a day or more, according to a study commissioned by the National Institute of Standards and Technology.

‘RETAIN GPS and Satellite Communications Act’ to ensure costs to maintain GPS reliability incurred by public, businesses and consumers is borne by licensee

Passage of the “RETAIN GPS and Satellite Communications Act” would fix the issue of fairness of who should pay to ensure GPS remains reliable. While the 2020 FCC decision included language to ensure “Ligado shall expeditiously repair or replace any U.S. government GPS devices that experience or are likely to experience harmful interference from Ligado’s operations,” nongovernment users were left holding the bag. BoatUS also notes FCC’s decision didn’t provide an adequate description of the potential costs to federal agencies whose budgets are ultimately supported by American taxpayers.

The RETAIN (Recognizing and Ensuring Taxpayer Access to Infrastructure Necessary) act acknowledges the harm to GPS and satellite communications end users caused by the FCC decision and ensures the burden of costs to all users sits squarely where it belongs — on Ligado — and not on boat owners, aviators, farmers, weather forecasters, transportation companies and many other users.

“It is critical that recreational boaters have a reliable GPS system to safely navigate,” said BoatUS Manager of Government Affairs David Kennedy. “Ligado must be held accountable for any costs to maintain continued reliability of the GPS system for all users. We thank Senator Inhofe for working on behalf of recreational boat owners and many other users who rely on GPS every day.”

BoatUS urges boaters and anyone who relies on GPS to ensure their state’s senators sign on to the RETAIN legislation as cosponsors. Easily send a message by clicking here.

The truth is that ethanol blends are ideal for watercraft, and companies like Mercury Marine