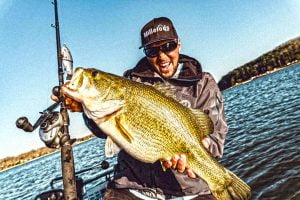 Carl Jocumsen is the first Australian native to make it as one of the top 100 Anglers in the world. He fished over 20 events on the FLW Tour and over 50 Tournaments on the Bassmaster Elite Series, five of those with top finishes. Carl makes his home on the road in his RV with Kayla, his fiancé, and their ‘bass dog’ Roo, while competing in the 2019 Bassmaster Elite Tournament Trail.

Robert Field is an avid outdoorsman and a kayak fisherman. His love for paddling unfamiliar waters in the pursuit of fish is matched only by his passion for sharing his adventures as a videographer. Robert’s goal is to grow the sport of kayak 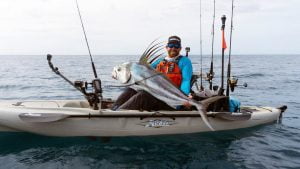 fishing while sharing his passions for travel, the great outdoors and the RV lifestyle via his YouTube Channel ‘Field Trips with Robert Field’, which has over 125,000 followers. Robert is a three-time winner of the Video of the Year award, was the 2016 Angler of the Year winner and the 2018 VLOG and Photo of the Year winner by Kayak Angler’s Choice Awards.

Professional Edge Fishing’s own Mike Iaconelli was the 2019 MLF Summit Cup winner on China Lake in Waterville, Maine. Mike studied the lake during the drive through, paying attention to the banks. He fished what he called the ‘pattern within a pattern’. The main pattern was fishing along dock areas and the pattern within it, Mike recognized, was the bass he found underneath large boats or pontoons anchored to those docks.  The strategy worked, and Mike finished on top with a 59.2 oz bag to take home the top prize.

Primal Urge Foods, based in The Plains, VA, is a monthly, subscription-based meat stick snack company that brings members 10 unique meat snacks each month from over 60 different vendors with 350 flavor profiles including alligator, beef, chicken, ostrich, venison, wild salmon and more. Season levels vary from sweet to smoky to spicy and all are antibiotic and MSG free. Primal Urge meat stick snacks are from large and small farms from Alaska to Florida. The Ike LIVE crew looks forward to snacking with Primal Urge and sharing their favorite flavors with their fans.

The Ike LIVE After Party at the 2019 Bassmaster Classic was a huge success thanks to Founders Brewing. The Ike LIVE crew welcomed hundreds of guests at the Hotel Knoxville. Founders Brewing is one of the top ten largest craft breweries in the country and has several beers listed in the top 100 beers of the world on Beeradvocate.com. A favorite with the crew and party goers was the All Day IPA!

Sponsorship opportunities with Professional Edge Fishing, Inc. anglers and companies should be directed to Charles Daugherty, Director of Business Development, at charles@professionaledgefishing.com.