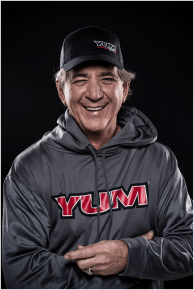 Guntersville Lake Gets the Best, Worst of Zell Rowland

Just mention “Guntersville” to Zell Rowland and you’ll see a grin spread across his weathered face about as wide as the Grand Canyon.

Rowland thumped Guntersville lake for 87 pounds over four days back in 2005 to win the Bassmaster Tour tournament held the final week of February. He caught 27 pounds on the final day and held off a hard charge from Morizo Shimizu, who was probing deeper water for “big mama” and brought in 30 pounds that afternoon.

Rowland’s win came as he battled a lung-rattling cold and worsening weather conditions. Heavy clouds rolled in, bringing a cold, bone-chilling rain. But Rowland’s series of docks and 5-pound bass, along with a shot at the win, kept him in good spirits. It still does, almost 10 years later.

“Things just got better each day,” Rowland said. “I’ve fished Guntersville for 30 years and have some favorite places, some areas where I’m comfortable and have caught fish, and know fish are going to be at certain times of the year. That tournament was just one of those times when everything came together perfectly. I wasn’t the only one catching ‘em, though.”

The top five finishers each had 72 pounds or better, all caught in different ways. Rowland was throwing a Booyah jig and Smithwick Rogue. Shimizu was in deeper grasslines. David Fritts, who finished fifth, was cranking riprap, of course. The lake just set up perfectly at that time of the year for a prespawn bonanza, and Rowland was the one who capitalized the best.

“I caught 47 fish that weighed over 5 pounds the last day,” he said. “The camera guy with me filming for the TV show freaked out. My best dock was pretty big. I pulled up, told him to get his stuff and get out on the dock and set up his camera, or do whatever to be ready to record when I said ‘record.’ He thought I was nuts, but I told him to be ready.

“I had four flippin’ sticks on the bow. He got ready, I was ready, and I made four consecutive flips to the dock and flopped four 5-pounders into my Skeeter. He was about to pee on himself. It was just ‘wham-wham-wham-wham.’ That dock just one of those places where I knew they were going to be. I put the fish in the livewell and told him to get in the boat. He couldn’t believe I wasn’t going to pitch in there again, but I told him we were going to ride around and have fun. And we did.”

Rowland’s familiarity with Guntersville Lake and his penchant for shallow water combine for a big dose of confidence when he’s on the Tennessee River impoundment. He’s at ease with a Pop-R or Zell Pop, Booyah jig or spinnerbait, but it’s the Yum Money Minnow that’s made the biggest recent impression on him at that lake.

“The year Skeet Reese won on Guntersville (2010) was another big-fish event that just had everyone fired up,” Rowland said. “I had about 25 pounds the first day on a Pop-R and was in about 50th place, so I knew I had to do something different. The next day I tied on a big Money Minnow and told my marshal I was going to sling it all day.”

Rowland broke off two giant bass that inhaled the Money Minnow, two 9- to 10-pounders he and his marshal saw surface before they crushed his soul and swam away. The third was “at least a 13- to 15-pounder, and I’m not (joking). I’ve caught 12-pounders in Guntersville that I’ve never told anyone about, and this one was in a little 30-yard stretch that everyone overlooks, but it can be great.

“I walked this big fish around the entire boat twice, thinking it was a big catfish because it didn’t come up. When it finally did, my marshal said it was the biggest bass he’d ever seen, and then I saw it. She was huge! And then she opened her mouth and my bait came out just as pretty as you please. She had clamped down so hard on the line I couldn’t get a hook in her, and then she spit the bait.”

Rowland sat in the boat, retied his bait and wondered what he had to do that day to put anything in the livewell. Three fish weighing more than 30 pounds had gotten away from him. It was just one of those days to file away under “Memories, Not So Good.”

“Guntersville is a great lake, one of my favorites of all time,” he said.

HOW TO PICK THE RIGHT KIND OF GRASS

The Enormous Perks Of Starting Out Fishing On Inflatable Products