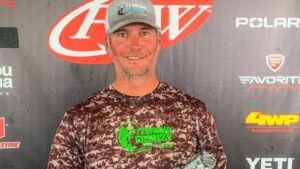 The tournament was the fifth and final event in the 2020 Cowboy Division presented by A.R.E. Truck Caps.

“This win felt incredible,” said Williams, who earned his first career Bass Fishing League win. “I’ve been fishing these tournaments since I was 16 years old and have been close to a win several times, so it feels unbelievable to finally pull it off.”

Williams said he practiced all over the lake, but found his quality fish along the Ayish Bayou throughout both days. 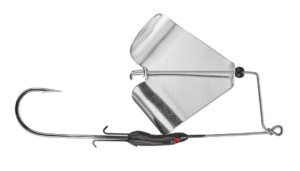 “I caught my best fish on the Crock-O-Gator X-Bite Skirtless Buzzbait, using black early in the day, then switching to white once the sun got above the trees,” said Williams. “I caught a couple flipping and punching grass with a black-and-blue-colored Reaction Innovations Sweet Beaver and caught several key fish winding a Reaction Innovations Little Dipper through the grass real slow.

“Keeping my head in the game was the key to my victory,” said Williams. “It’s real easy to get spun out, but I was able to spend some time with my family during the evening and having their support and encouragement meant the world.”

The top 10 boaters finished the tournament as follows:

Gilmore took home an extra $500 as the highest finishing FLW PHOENIX BONUS member. Boaters are eligible to win up to an extra $7,000 per event in each Phoenix Bass Fishing League presented by T-H Marine tournament if all requirements are met. More information on the FLW PHOENIX BONUS contingency program can be found at PhoenixBassBoats.com.

Ben Faucheaux of Natchitoches, Louisiana, earned the win in the Co-angler Division Sunday after catching a two-day total of 10 bass weighing 22 pounds, 8 ounces. Faucheaux earned $3,815 for his victory.

The top 10 co-anglers finished as follows:

The event was hosted by the Jasper County Development District.

Now the top 45 boaters and co-anglers in the Cowboy Division presented by A.R.E. Truck Caps based on point standings, along with the five winners of each qualifying event, will advance to the Oct. 22-24 Phoenix Bass Fishing League Regional Championship on Table Rock Lake in Branson, Missouri, hosted by Jasper County Development District. Boaters will compete for a $60,000 prize package, including a new Phoenix 819 Pro bass boat with a 200-horsepower Mercury outboard and $10,000, while co-anglers will fish for a new 18-foot Phoenix bass boat with a 200-horsepower outboard.

The 2020 Phoenix Bass Fishing League presented by T-H Marine is a 24-division circuit devoted to weekend anglers, with 128 tournaments throughout the season, five qualifying events in each division. The top 45 boaters and co-anglers from each division, along with the five winners of the qualifying events, will advance to one of six regional tournaments where they are competing to finish in the top six, which then qualifies them for one of the longest-running championships in all of competitive bass fishing – the Phoenix Bass Fishing League All-American.

The 2020 Phoenix Bass Fishing League All-American will be held Nov. 11-13 at Lake Hartwell in Anderson, South Carolina and is hosted by Visit Anderson. The top 45 boaters and co-anglers plus tournament winners from each Phoenix Bass Fishing League division earn priority entry into the FLW Series, the pathway to the FLW Pro Circuit and ultimately the MLF Bass Pro Tour, where top pros compete with no entry fees.

How to Improve Your Shooting Aim