The shakeup in the professional bass fishing industry, which saw dozens of anglers leave organizations to join the newly formed Bass Pro Tour, has been widely talked about over the last year.

In recent months, we actually saw a couple anglers retrace their steps and opt to leave the BPT and return to B.A.S.S. through their ‘legends exemption’ — which allows anglers to re-enter the Elite Series without going through the typical qualifying procedures established in B.A.S.S.’s feeder circuits.

But in order to qualify for the legends exemption, you have to be a legit legend.

The only anglers eligible for this exemption are those who have won a Bassmaster Classic or earned an Elite Series Angler of the Year title. The two anglers who chose to accept that invitation back to B.A.S.S. are Brandon Palaniuk and Gerald Swindle.

We sat down with Palaniuk to discuss what went into all of the decisions he’s had to make over the last 18 months.

“Where do I start? I think last year I was trying to make what I thought at the time was the smart business decision. I was so lost. I didn’t have the angst against bass that some anglers did. I hadn’t been through what some of those guys had been through. So I just felt lost and I tried to gather as many opinions as I could of what everyone thought of each organization and the people within them.”

“I think through the process of doing that, I gathered a lot of good information but in the midst of all that I lost my own opinion. And when you do that, something starts to feel like it’s missing. When I made the decision, I was all in. I was all for it. And then I had a really hard time walking off the Classic stage thinking that was probably the last time I’d be walking across it. It just didn’t feel right. But I knew that was the decision I had made. So I continued to try to be okay with it.”

“But I could never come to terms with it.” 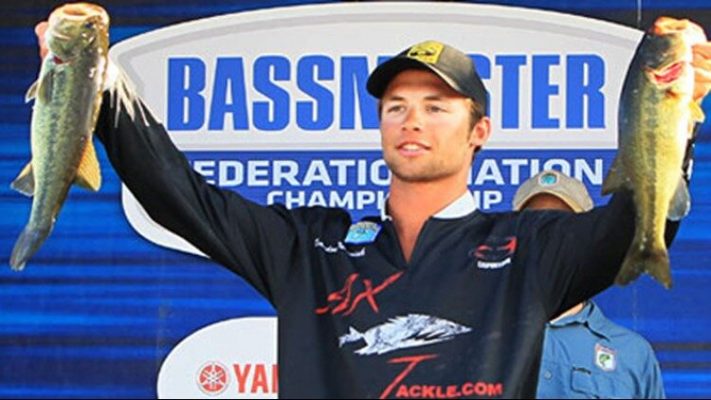 “And the more I reflected on it and the more I thought about it, the B.A.S.S. brand was just a huge part of who I was and I wasn’t ready to let go of it yet.”

“I was curious, so I did the numbers on it. I had spent 72% of my life either fishing at or trying to fish at the highest level of B.A.S.S. Starting at 8 years old, my goal was always to fish the Elite Series and win a Classic. I was so passionate about it from such a young age and I was so fixated on one thing. And I just couldn’t get away from that. There was a part of me that just didn’t feel right.”

‘I Wanted To Avoid Losing My Passion’

“So I had to make the decision to return to B.A.S.S. And it was not easy. I was really blessed that all of my sponsors were very supportive through that transition either way. Last year and this year. They were like ‘whatever you need to do, do it. We’re going to support you either way.’”

“I guess I’ve been blessed with a sense of knowing that I only have one life to live so I’m going to choose to live it the way that I’m going to enjoy the most. And that’s just what it came down to.”

“Fishing becomes a grind without the passion and drive and I was losing that.”

“I think the most special moment that happens in bass fishing is when there are two dudes standing on the stage, there’s that moment of suspense that builds up when a guy sets that bag on the scales. When that moment happens, when a kid sees that, that is what creates the dreams. In that moment, you see all of the struggles, all of the peanut butter and jelly sandwiches, all of the nights sleeping in the back of the truck, barely scraping by, all of that coming out of the guy’s eyeballs.”

Is there a monster under your kayak?

Benefits of Fishing for Students