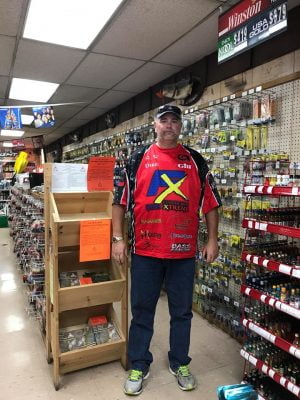 Theories on water temperature & internal clocks vs Pre-Spawn and Spawn

Lately I’ve received many questions about, when do the fish will start to move into Pre-Spawn and Spawn mode and at what water temperature.

After looking over my own history, talking to several Pro’s and studying some scientific results from true Ichthyology (zoology) experts I’ve found some interesting facts.

Most professional bass fisherman have a good idea when Pre-Spawn and Spawn occurs due to a vast amount of time they spent on the water.

Here is what I’ve acquired from both the professional fisherman and the Zoologist.

The water temperature plays a partial role when fish move from the depths of winter into Pre-Spawn and Spawn.  I’ve learned that water temperature plays about a half of the role to determine this time.  The other half is the length of the daylight hours.  Zoologist feel that the internal clock in the fish mind is the key for movement to the Pre-Spawn and Spawn locations.

There are several temperatures that float around articles and education materials.  It’s well documented that the small mouth bass tend to spawn first followed by the large mouth and spotted bass.

Anglers feel the temperature values from 48F – 58F is what others consider the small mouth spawn.  I know that’s a wide range but when you compare everyone’s theories, this covers the temperature span.

I recognize this is a lot to digest, but if you will read this once and reread it again, it starts to make the Zoologist theory accurate.

I’ve seen beds present on Table Rock at the end of March all the way into June.  You must remember that all bass, Spotted, Small mouth and Large mouth, don’t all spawn at the same time.

I appreciate the questions as after taking what I already knew then combined with the research I too learn something.

I’m optimistic this answers some questions you have posed to me.  If you would like to have a discussion with me about it, feel free to reach out.

Chris Gibbons is the host for the Table Rock Lake Fishing Report videoed on Facebook almost daily.  The fishing report Facebook page has around 5000 followers as of January 2019.  The followers often view the reports with about 2000-3000 daily hits.  Out of those 5000 followers, the reach is covering 26 states and 7 other countries.

Is Bass Fishing Really a Sport