The mystery of the unseen is infinitely tall, wide, deep, and very probably unsolvable as yet in some cases.  Such is the art of fishing in some respects. The mystery of Ultraviolet (UV) Light Penetration and/or reflection fits this mold on many levels. It’s certain; UV Light exists in shorter wavelengths than the Human eye can see as “visible light”. In order to see it individually under various conditions in another way and to help anglers through technological progress, the process has yet to come. We know it’s there through sensual feeling its aftermath sunburn and from what the science studies.

We know UV light penetrates far deeper into the “Pure Water” columns than visible light. Scientists like to talk about “Pure Water” but they add that it doesn’t exist except in vacuum and in the laboratory. So, when you see any write up on Pure Water try to put it aside for practical purposes. There is just too many “things” in water wherever it’s found naturally, to deflect and diffuse any form of light.  Particles found in every day life’s fresh water included – such things as – concentrations of gasses, waste matter, growing microscopic organisms, floating/suspended sediment, etc., even changes in density as with viscosity, or water temperature.  Considering all of these and more, to the point of where any write up that leads anglers in the direction of “pure water”, implanting the idea subliminally, that it does exist in spite of disclaimers, is a big mistake.

No living thing is without impurity – physically and otherwise. Yes, water is a living thing. If it were not so and we did crawl out of it through evolution and or creation, and humans on average are more than 70% water, how can it be anything but “living” or at least life giving? Incidentally, the amount of water in humans varies depending on several factors such as age, fat content, etc. – but that’s a story for another day.

The issue of UV light coatings on baits has much the same dilemma. While there is proven work where certain colors reflect more UV light than others – the colors white, yellow, and purple for example are chief reflectors. The color white in itself is not just all colors combined; it is the source of refracted color entering a prism where visible color is the result upon exiting that prism. 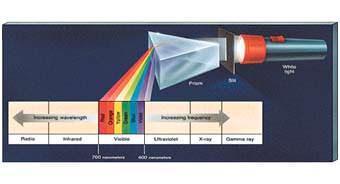 Certain substances such as powdered Zink combined with colored chalk, or other compounds found in sun block creams and lotions mixed in a thin epoxy type coating and applied to bait, increase UV reflection/keep it from penetrating. However, the affect of baits of any color being better fish catchers with UV coatings is immeasurable in a practical sense . . . at this time. I’ve personally seen so called accredited illustrations that suggest UV light makes objects seemingly glow in the dark. The only real thing that glows in the dark is truth.

Then, we don’t know enough about the cone and rod eye structure of various species of fish or other animals. In all of biological write ups on the subject there will always be yeas and nays whether the information is good or not so good.  Accredited education a given, the bottom line is we don’t know except to have tendency toward a deeply internal outlook to compare envisioned phenomena with that of every day human experience. Not being fish however and also to consider “other” unknown factors that can compensate or offset initial hypoesthesia, proves the old saying “Nothing is real until you experience it yourself” – and experience it from one moment changing to the next..

Therein naivety (trust) comes into the sunlight (no pun intended). Some anglers would rather have the UV coatings merely because they feel it gives them a greater edge over those that don’t . . . and this may be true . . . It may be true under some circumstances and totally worthless under others, maybe even detrimental under still other occasions – but nobody knows for sure.  And so, Human Nature buys the “Stuff” anyway in hopes we fall on the plus side rather than the negative.

In my alleged mind and somewhat practiced intellect, the only way to better solve the UV mystery would be by direct observation involving many variables.

1.) We would need a great cavern containing

4.) where a beam of natural sunlight

6.) which would penetrate unhindered into the water down to

10.) lined up at various depths to test the law of large numbers against how many times the predator went for the UV coated bait as opposed to the one that didn’t have the coating.

Whew! That tired me out thinking and writing about it. There’s probably other equally and commonly confusing and tedious ways to get there but hopefully we get the point. Based on the above, there could be at least one million answers. Problems are sometimes exponentially unsolvable in their entirety where varied conditions apply. It simply depends on what you and I want to believe.

Not trying to destroy elusions – life itself is an elusion sometimes.  Like truth which is never illusory, sometimes illusion is good for us and sometimes it’s not.  Sometimes we just kid ourselves to live the way we have always lived. Changing the way we see things comes from within. We just wanted to state the obvious in another way. * The world is round not flat.  * Realism is fleeting, maybe even ultra personal. * Shiny/heavily contrasting colors and objects attract or at least get better initial attention. * Good camouflage is only destroyed by movement. * There are “things” we will never know, nor are we meant to know for sure in our lifetime. . . Those are universal truisms whether we are fish or mankind.

Miss Manners Should Make a Visit to the Boat Launch Ramp

How much Corn do you want in your Gas Tank?

Say No To Ethanol