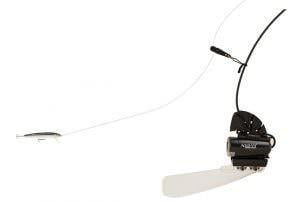 “Underwater, there’s so much amazing life, scenery and other fascinating things many anglers haven’t seen with their own eyes, beyond computer generated sonar readings,” notes Dr. Jason Halfen, University of Wisconsin chemistry professor and proprietor of TechnologicalAngler.com. “The XD Camera by Aqua-Vu adds enormous functionality and new perspectives to underwater viewing. You can now view the aquatic terrain from any angle—bird’s eye, from below or sideways, first person point of view.

“And with the new Live Strike™ accessory, it’s possible to watch fish strike lures in real time, right on the Aqua-Vu screen.” 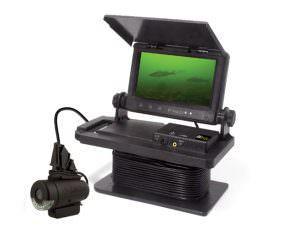 “If I want to look beneath a boat dock, for example, I simply slide the XD Pole Cam adapter onto the camera housing and immediately get to see what’s living way up under there, says Halfen. “Connect the cam to any telescoping painter’s pole and immediately sniff out the dock’s sweet spot. It’s such a blast—and a huge fish-finding edge.”

Halfen notes that unlike conventional action cameras, Aqua-Vu’s XD system allows the user to experience the underwater action as it happens live, directly on an Aqua-Vu LCD screen. “It’s fun to record underwater action and watch it later. But as an angler, I want to see what’s happening right now—whether there are bass or other desirable species living on the brush pile or buried in vegetation, while I’m in still the boat, fishing.

“And if I want to record and share my Aqua-Vu footage, it’s as easy as activating the AV Connect app on my smartphone.”

“Never before has underwater viewing with an Aqua-Vu given anglers so many fun and effective options for finding fish or just discovering cool stuff happening below the surface.”

There’s a New Rig in Town