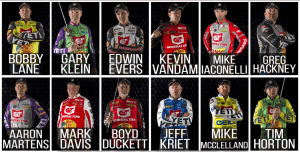 ) – Major League Fishing (MLF) officials announce the 12 anglers who have qualified to compete in the inaugural General Tire World Championship presented by Bass Pro Shops, and that the first matches are scheduled to debut on CBS and CBS Sports Network beginning Saturday, June 24.

The championship’s airing will mark the largest and first-ever consecutive six-week bass fishing series to run
on national broadcast television, a precedent for the sport. The six one-hour episodes run weekly from June 24 to July 29, with most at 2 p.m. EDT on CBS, which among its 200 television stations and affiliates reaches nearly every home in the United States.
The General Tire World Championship presented by Bass Pro Shops features an all-new MLF format designed for the 12-angler field and the six days of competition. The matches were held and filmed on lakes around Nacogdoches, Texas, in March. 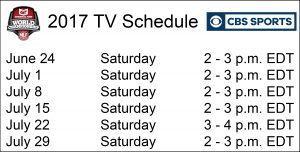 MLF was developed in 2011 specifically with television entertainment in mind. Its popularity has grown annually since then, making it a great partner and fit for CBS and CBS Sports Network and the national audience the shows will reach as a result. The broadened scope with a greatly expanded viewer base will expose many to MLF and competitive fishing for the first time and is anticipated to benefit the sport, the show, sponsors and anglers.

For more information about the championship and MLF, visit www.majorleaguefishing.com.

Mercury Pro Aaron Martens Does it