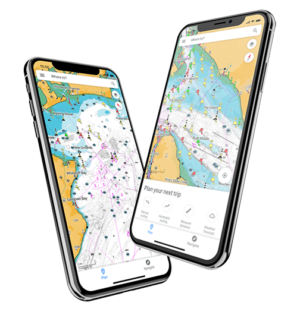 Bass fishing can be a challenge, and if it’s your preferred type of fishing, you’re probably always asking yourself how to catch more big bass.

The most important part of bass fishing, regardless of your specific location, is to make sure you’re putting your lure where the fish are. That means you have to find cover over the water you’re fishing. Bass like the cover because they can hide as they look for their prey.

Part of being a great bass angler requires that you’re always learning new techniques and fishing at new places.

You also want to do your research before you head out for fishing. Get the know the spot you’re going to, and you can look at maps of rivers or lakes online to identify the places bass are most likely to be hanging out.

With those factors in mind, the following are some of the top spots in the United States for bass fishing.

Lake Champlain goes for more than 100 miles, starting at Whitehall, New York, and running up to the Canadian border. It goes between Vermont’s Green Mountains and the Adirondacks in New York.

The south end of the lake is near Ticonderoga, New York. The lake begins here as a large river, and it looks similar to the Potomac, minus the tides. The shallows have different types of grass, and this is where you’ll find plenty of bass hanging out.

The deep, clear primary part of the lake begins at the Champlain Bridge and goes past Burlington, Vermont. The lake’s deepest point is around 400 feet, and this isn’t where you’d ideally bass fish. Most of the New York side is very steep and there aren’t a lot of shallows for the bass to be.

Going north along Champlain, the lake broadens, and there are a lot of islands that begin dividing the lake. This is called the Inland Sea, which is pretty shallow, and this might be where you find some large bass.

Overall, Lake Champlain covers around 490 square miles and is home to both largemouth and smallmouth bass.

Many touring professionals will tell you Lake Champlain is their favorite, with a beautiful setting and mountain scenery.

Lake Sam Rayburn is in East Texas, and one of the reasons it’s such a popular bass fishing spot is because of the sack production in the reservoir. There are some pretty massive bass in Lake Sam Rayburn sometimes, and in one recent year, 20 of the 21 winning bass in the Sealy Big Bass Splash were larger than seven pounds. The only one that wasn’t quite seven pounds was only 0.04 pounds behind.

In a recent Bass Champs Shootout, the top 10 teams had more than 22 pounds, and the winner broke 29 pounds. Big bass for that particular event was more than 10.9 pounds.

Sam Rayburn is 114,500 acres in Jasper County, Texas. Rayburn allows for catching fish in both shallow and deep waters, and there’s an impressive number of bass per acre. Relatively speaking, the bass are also easy to catch no matter your experience level.

Sam Rayburn is in the Piney Woods, and it’s designed for flood control for the Angelina and Neches River basins. Sam Rayburn also supplies water to the Beaumont and Lufkin. You can camp and do other outdoor activities while you’re there, in addition to bass fishing.

Lake St. Clair’s bass season begins at the end of April and goes through December 31, but fishing is limited in December. From late April through mid-May, smallmouth fishing on Lake St. Clair is often ranked as excellent. The water temperatures are usually in the mid-40s to the upper-50s, and you’ll find many smallmouth bass moving around, preparing for the spawn. They’re actively feeding as a result.

From May through June the smallmouth gets tougher to catch because they’re choosing spawning beds. The smallmouths at this time will be guarding their nests, so they won’t move around much.

The post-spawn period on Lake St. Clair is from June into July, and the fish tend to still be shallow. The male smallmouths are abundant, while females might be going into deeper weeds.

Lake St. Clair is the smallest body of water in the Great Lakes System. Lake Huron is to the north and Lake Erie to the south.

Despite being smaller than the other Great Lakes, St. Clair is more than 275,000 acres. A shallow basin, Lake St. Clair forms part of the boundary between Michigan and Ontario in Canada. The unique geography of the St. Clair Flats is ideal for fishing and boating.

Lake Okeechobee offers some of the best freshwater fishing in the U.S., and Florida, in general, is known as a great destination for trophy bass fishing and other sport fishing.

On the lake, you can also fish crappie, bluegill, and more. Lake Okeechobee is known not just for the quantity of bass but also the quality.

It’s Florida’s largest freshwater lake, and it’s often called the state’s inland sea. The lake controls water levels for flood control, and it has a surface area of 730 square miles.

You can opt for artificial or live bait, and wild shiners are especially popular.

Falcon Lake is around 83,600 acres. Falcon is one of the best bass spots in Texas and also the country. It’s a mainstream reservoir on the Rio Grande River. Falcon is around 40  miles east of Laredo, and it’s in both Zapata and Starr Counties.

Largemouth bass anglers tend to be most successful in the spring, fall and winter. Some of the popular baits on Falcon include Carolina rigged worms, spinnerbaits, and crankbaits. Summer fishing isn’t great on Falcon because it’s so hot.

You can, however, catch catfish any time of year.

Toledo Bend is on the border of Texas and Louisiana.

From March through May you’ll find black bass in pre-spawn and spawning conditions. Look for ridges and humps in the lake and northwest pockets that warm faster and draw fish in. You can use spinnerbaits, jigs & pigs, soft plastics, and jerk baits. If you’re fishing on a cloudy day or in muddy water, use darker colors and brighter colors on clear days.

The male fish tend to move into the shallows first to make beds, then the females come.

Toledo Bend is on the Sabine River, and the Newton County dam is around 24 miles northeast of Jasper. The maximum depth is 110 feet. You can find largemouth bass, white and striped bass, and also catfish and crappie.

In the fall, you may be most successful at catching largemouth bass, but also winter and spring. The fish are more active during these times because of the cool temperatures.

If you want to fish white bass, your best time is early spring.

Finally, Lake Erie is known for smallmouth bass fishing. Bass are found along the entire shoreline of New York, and smallmouth bass are especially distributed in Lake Erie. Most bass caught on the lake are between two and four pounds, but there are opportunities to catch the bronze back, which may be five to six pounds. The last five smallmouth records in New York state have come from Lake Erie.

Fishing trips for smallmouth bass make up about 25% of all Lake Erie fishing trips, with anglers coming from around the country.

Sometimes the Bassmaster Elite Series will make tournament stops on the lake too.

The spring near the reefs, harbors, and tributary streams is best for catching smallmouth bass. You can catch high numbers because of the significant concentrations. You have more chance of catching trophy bass in the spring on Lake Erie than any other time.

Once the ice-out ends, the bass are looking for places that warm faster than the open lake.

From late April to May, the smallmouth bass move into tributary streams.

From May to early June, the harbor and canal areas are suitable for fishing, and the fishing can also be great near shallow reef areas like Seneca SHoak and Myers Reef.

As the water warms on Lake Erie, the smallmouths move to deeper areas where they’ll stay from late June through August. To fish successfully in the summer, you should aim to find bottom structures like at Myers Reef, Van Buren Reef, and Evans Bar.