ANDERSON, S.C. — Josh Busby had dreamed of this moment since he was a young boy.

So on Saturday, when he won the Bassmaster Team Championship Classic Fish-Off and secured the 53rd and final spot in the 2020 Academy Sports + Outdoors Bassmaster Classic presented by Huk, he was overcome with emotion.

Busby pumped his right fist into the air, let out a yell and hugged a fellow angler. Then he fell to his knees on the Bassmaster stage, covered his eyes and wept.

Such is the raw emotion that goes with earning entry into the biggest bass fishing tournament in the world. And the excitement is only beginning for the Rogersville, Mo., resident who is a 36-year old food scientist by trade, but now will compete against some of the world’s best bass anglers when the Classic takes place on Alabama’s Lake Guntersville on March 6-8.

Busby fishes with the Ozark Mountain Team Trail, and he caught a five-bass limit Saturday on Lake Hartwell that weighed 16 pounds, 7 ounces. That was the heaviest bag of the two-day Fish-Off, and when coupled with the 10-5 limit he caught Friday, it gave him a 26-12 total.

Brock Reinkemeyer had a 3-2 lead over Busby heading into the final day of fishing, but he caught 12-15 Saturday, which allowed Busby to maintain his hold on first place by a mere 6 ounces.

“Honestly, I don’t think this has sunk in yet,” Busby said after Saturday’s weigh-in, still clutching the Classic Fish-Off trophy close to his chest.

“I told my marshal I don’t think my hands, my arms, can cast anymore because I’ve thrown so many casts the last few days. Fishing has been such a big part of my life. I might have to have (Ozark Mountain fishing partner Timothy Taylor) drive us home.”

Busby teamed with Taylor to place third in the team portion of this tournament which ended Thursday, and that showing got them into the Fish-Off. The six anglers from the top three tandems had their weights zeroed, and they fished individually for two more days with a berth in the Classic on the line.

Busby said Thursday he wasn’t sure he had located the bites needed to win the Fish-Off, but he’s never been happier to be wrong.

Sunshine and wind were key to his offshore bite, and Friday’s steady rain and cold didn’t help his cause.

Busby struggled to scratch together a 10-5 limit and was in second place under less-than-ideal conditions after Friday. Then Saturday’s clear skies and brisk breeze reassured him he might be able to piece together a winning bag, after all.

He caught a limit by 8:30 a.m. and upgraded several times later Saturday morning.

“Probably the deepest I had the boat was maybe 40 feet,” he said. “The fish were setting up on the first or second ledge. If you fired out across the points, somewhere in that 18 to 24 feet (depth range), you could make them come up an react to the bait. I don’t think I missed one windy point or secondary point from the dam all the way back up (to Green Point Landing.) It might have been 75 or 80 points I fished.” 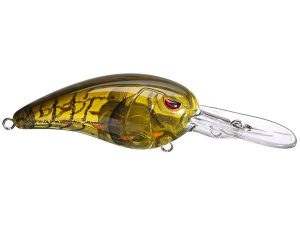 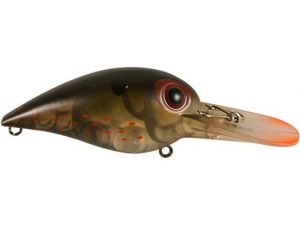 Busby used Wiggle Wart and Rock Crawler crankbaits to entice his best bites this week. He opted for a variety of colors, but shad, phantom green and watermelon with chartreuse belly were most attractive to Hartwell’s bass, he said.

Reinkemeyer enjoyed a magical tournament and was only ounces away winning the Fish-Off and making the Classic. He paired with Joe Bass teammate and fellow Missouri resident Brad Jelinek to win the team title on Thursday, and the duo split a $20,000 Nitro/Mercury cash prize for that win.

Reinkemeyer, a 27-year old carpenter from Lone Jack, Mo., placed second in the Classic Fish-Off with a two-day total of 26-6. Taylor was third with 21-13.

In all, 165 teams from 30 states and two foreign countries competed in the team portion of this tournament Wednesday and Thursday on Lake Hartwell. The Top 33 teams in the original field split a cash purse that totaled $87,000, including the $20,000 won by Reinkemeyer and Jelinek.

About B.A.S.S.
B.A.S.S. is the worldwide authority on bass fishing and keeper of the culture of the sport, providing cutting edge content on bass fishing whenever, wherever and however bass fishing fans want to use it. Headquartered in Birmingham, Ala., the 510,000-member organization’s fully integrated media platforms include the industry’s leading magazines (Bassmaster and B.A.S.S. Times), website (Bassmaster.com), television show (The Bassmasters on ESPN2 and The Pursuit Channel), radio show (Bassmaster Radio), social media programs and events. For more than 50 years, B.A.S.S. has been dedicated to access, conservation and youth fishing.