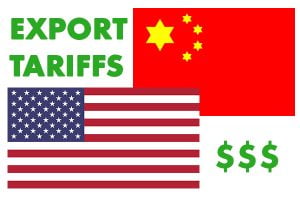 Good news for the fishing industry as President Trump recently announced his Administration would not be imposing new tariffs on Chinese imports while the United States and China continue to negotiate a more permanent trade agreement.

What this means is that while existing Section 301 tariffs remain in effect, the Administration will not move forward at this time with the new additional tariffs proposed on May 13, 2019, which included fishing equipment.

“The recreational fishing industry should be able to breathe easier now that President Trump has agreed to hold off on imposing new tariffs while our two nations work towards a trade deal,” said American Sportfishing Association’s (ASA) Vice President Mike Leonard. “While this is good news for our members, ASA will remain vigilant in our efforts to inform policy makers about the impacts these tariffs would have on recreational fishing, one of America’s favorite pastimes.”

The Administration previously announced it was considering imposing tariffs of up to 25% on about $300 billion in Chinese imports. These tariffs would have been applied to fishing equipment like rods, reels, tackle and many other items. This would have resulted in increased costs, greater uncertainty and less funding for conservation programs.

“We agree we need to realign our trade relationship with China, but the sportfishing industry would be disproportionately impacted by the proposed tariffs given that we already pay a significant excise tax of up to 10% that helps fund conservation,” Leonard continued. “We hope the Administration reaches a fair-trade deal with China soon as this would provide greater certainty for our members. As your industry’s voice, we will do what we can to make sure your concerns are heard while this process continues.”

Dudley Did It Again