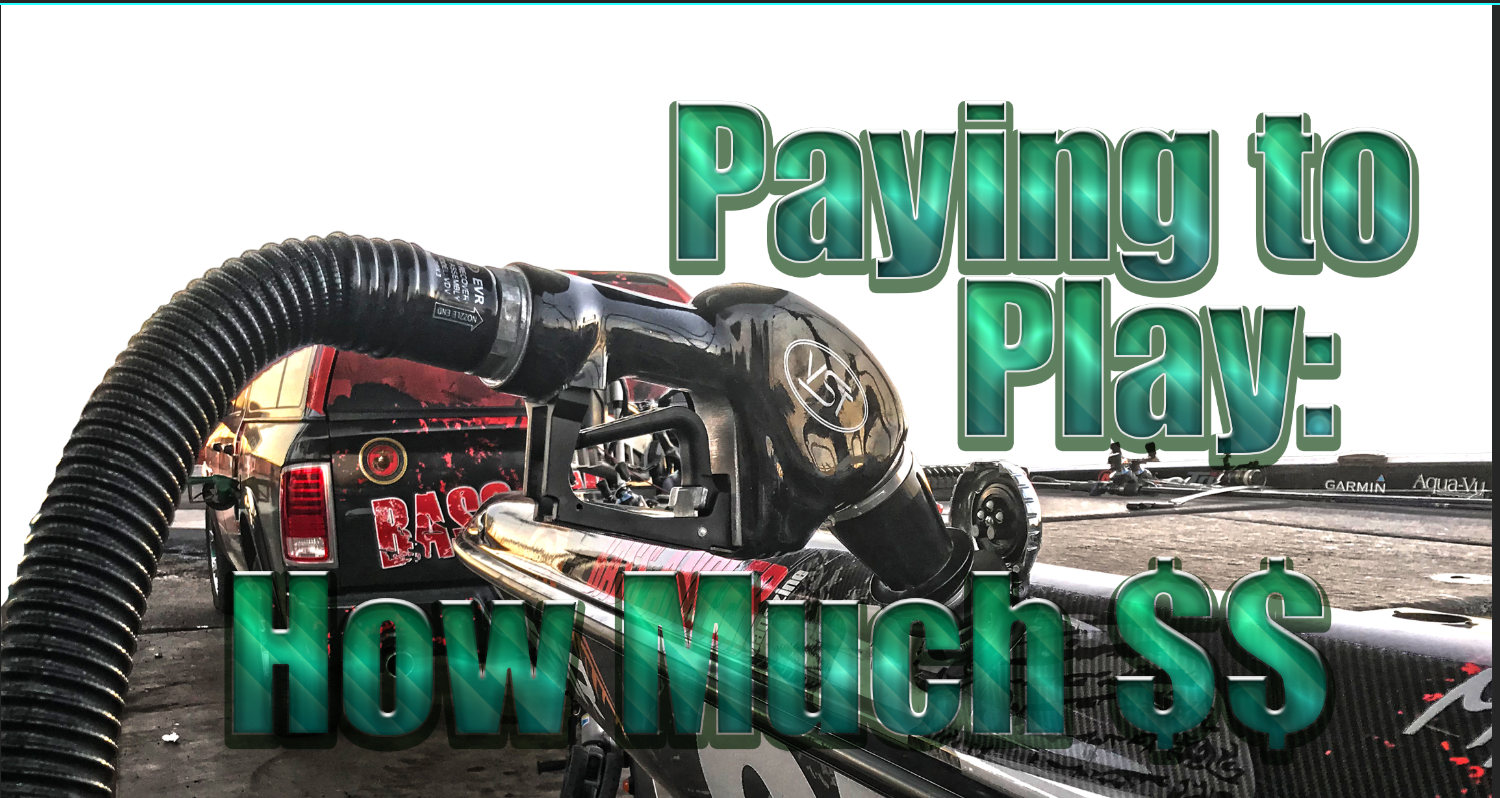 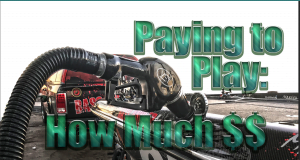 THE SCENARIO: THE CO-ANGLER’S PERSPECTIVE

It’s your first tournament as a co-angler. You back your pro in the water, park the truck, head down to the dock and get in the boat. You’re focused on making sure everything is organized, discussing with your pro how the fishing’s been as well as the plan for the day. Then the nerves set in and all you can think about is getting that first bite; nothing else matters.

Fast forward to the end of the day. You caught a limit and had a pleasant day with your pro. After weighing your fish, you grab the truck, pick up the boat, and head to the parking lot, already focused on tomorrow.

Then it hits you: I should help with some gas money. You ask your pro how much he or she might like, and the response you get is cryptic at best.

“Whatever you think is cool.” So, you hand over a $20. Looking a bit puzzled, your pro thanks you and walks away.

You head over to your friends and ask each of them how much they gave their boater for gas. One guy says $50, another says $40.

“I gave my guy $20,” you say a bit confused, and your buddies proceed to let you know that was a little light. “I didn’t realize. He said ‘whatever.’ I don’t own a boat so I had no idea.”

After leaving your co-angler, you explain to your group of friends how hard you worked to put your partner on fish. He got a limit and stayed in contention, but all he gave you was $20 for gas. Your boater buddies know how much it costs to play this game: $15 to launch, $50 in fuel, a gallon of oil, and with all the incidentals it could easily add up to $100 or more for the day. And that’s the average!

“How much did you ask for?” your friend inquires. You respond that you told your co-angler you’d take whatever he thought was appropriate for the day. “But twenty bucks? Come on.”

“Maybe he didn’t know” your friend says. “Isn’t this his first tournament? Maybe you should have explained it to him.”

The moral here is communication. The pro should have explained to his co-angler what was expected in order to avoid any awkward issues or feelings of ill will at the end of the day.

AVERAGE $ FOR A PRO-AM EVENT

Having fishing hundreds of events, including BASS, FLW, and various regional tournaments, I can say that an average day will usually cost, at a minimum, $100. (But be prepared, as often times it’s more than that.)  This includes the launch fee which is usually between $10 to $20, $50 for boat fuel, $25 in oil for the boat, and anywhere from $15 to $50 in gas for the truck – and each of these figures can fluctuate quite a bit depending on the lake being fished and the amount of boat travel once on the lake.

With all of that being said, I’m certainly not expecting the co-angler to make my next boat payment for me, but helping out financially with the day’s expenses is appreciated. In most cases we’re all trying to make ends meet in order to enjoy a day on the water, and therefore offering your boater $40 to $50 is a fair amount (unless otherwise specified).

Does having a bad day change the amount that should be given to the boater for gas?

There’s a decision to be made here. As the co-angler, perhaps you offer $40 and lament that it wasn’t a better day. Or, maybe you offer even less than that. Worse yet, you offer no money at all to your boater.

But think about it, did things change? Did your boater neither pre-fish nor care about how the day went? Did he or she intentionally backseat you? Did the weather have an adverse impact on how the day turned out? Now’s the time for you, as a co-angler, to make a decision. If the pro was professional and worked hard, and it just so happened to end up a bad day, then compensate accordingly. These days happen to everyone no matter how good they are.

However, if the pro didn’t practice, had no idea what was going on with the fish, and was unable to put you in positions to succeed, well, that’s another situation all together – and not an optimum one, but it happens.

I once fished in Missouri as a non-boater and drew a guy who ran 30 miles up the lake, fished a spot that was a dozen yards long for ten minutes and didn’t get a sniff. He then ran 20 miles the other way to a spot and got no bites, then 15 miles to another small spot and got no bites there either! This continued throughout the day and we never landed a fish. In my opinion, the guy didn’t have a clue, but I still gave him $50 for gas.

On another occasion, a boater friend of mine wasn’t doing too well in a Pro-Am tournament as he lost several big fish. He was on some good ones, but just couldn’t capitalize on the big bites he was getting.

The next day my buddy draws the amateur sitting in 1st place, and he tells the co-angler, “I can put you on ‘em to win, but it’s gonna cost a $100 in fuel because we’ll have to run-and-gun all day.” The co-angler agrees to the plan and off they go.

In this scenario, the boater put the co-angler in a position to win all day, barley making a cast himself, and the amateur indeed ended up taking the tournament.  And what happened? He gave the pro only $30 for fuel. My friend mentioned this discrepancy to the co-angler and reminded him of the discussion they had had that very morning. Nonetheless, apparently that was the amount the co-angler felt was worth giving to the boater who put him on the winning fish.

My friend just shook his head and let it go. He understands that this is a tight-knit community of people who like to talk.  Hell, we’re fisherman! Well, now that particular co-angler is well known amongst us, and not in a favorable way.

It’s always best to be the better man or woman when you can feel good about the decisions you make.

The best time to have this discussion about funds would most likely be in the morning when you’re both in the boat, during the brief delay just prior to blasting off. Things are usually calm and quiet, and you’re both focused on the task at hand.  It’s important to be on the same page as far as what the plan for the day might be, how much fuel might be used during the day, and so on.

Having this discussion will really help both anglers get along and should make for a better day. A co-angler may also want to tell the pro his or her goal(s) for the day, such as how much might be needed to qualify for the championship. Or perhaps this is merely a fun learning experience and any help would be appreciated. You might be surprised at how many pros genuinely want to help the co-anglers succeed.

Every boater has a host of expenses: boat payment, truck payment, insurance, maintenance, storage, etc. When fishing a pro-am tournament, the boater would be here to compete regardless, so in my opinion those extra expenses don’t play into what a co-angler should pay at similar events.

When fishing a team event that wouldn’t necessarily be the case.

Figuring a $500 boat payment, as well as $600 each year for boat insurance and maintenance annually, equates to approximately $120 a day if the boat is used five days a month; $60 a day for ten days of use; and about $30 a day if you use it 20 days a month.

A team event is just that: you’re fishing as a team and should share all of the expenses for that event (truck fuel, launch, boat fuel, boat oil, entry fee, food, drinks etc.), including a little extra for general boating expenses. Of course, there are variables, such as switching use of boats between partners for every other event. In that case those general boating expenses are already shared equally. But if you’re using one boat for all the events then it’s only fair to split the relevant costs.

Furthermore, there are expenses associated with pre-fishing.  This scenario should also be discussed if one angler pre-fishes for a few days but the other can’t. It seems only fair that the angler pre-fishing and practicing should be reimbursed something. But again, communication is key, so it’s up to you and your partner to express concerns, ideally before the tournament begins.

This is a dynamic situation that can be viewed several ways. Personally, whenever I fish with someone else in their boat, I offer $30 to $60, depending on how far we run. Regardless if we’re going for their own benefit, i.e. taking pictures, working on a story, or practicing for a tournament.

If someone asks you to take them fishing they should expect to cover the costs for that day. On the other hand, as a boater, if you invite someone to go fishing then covering the costs for that trip should probably be your responsibility. Any funds offered by your guest should be considered gracious, but not necessary.

All of these scenarios are fluid and vary from angler-to-angler. So, to reiterate, in reading this I hope the biggest take-away is communication. Discussing with your pro, co, team partner, or friend, will only help to avoid confusion and misunderstanding, and will ultimately make for a more enjoyable experience throughout the day or tournament.

Mark Lassagne of San Ramon, California, is the Editor-in-Chief of Bass Angler Magazine. He’s also a guide and professional angler competing in the events across the west. Follow Mark on facebook.com/marklassagnefishing or ezbass.com. 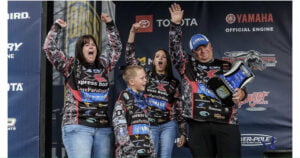 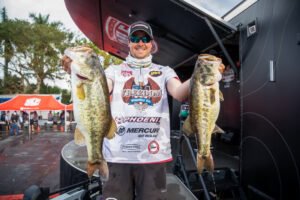