LEESBURG, Fla. — After an early disappointment, Parker Stalvey and Jacob Deel of the Clay High School Bass Club rebounded with a late-day bonus and caught a five-bass limit of 22 pounds, 12 ounces and won the Mossy Oak Fishing Bassmaster High School Series at the Harris Chain of Lakes presented by Academy Sports + Outdoors.

Winning by a margin of 3-1, Stalvey and Deel won $1,513 for their club, along with a berth in the Mossy Oak Fishing Bassmaster High School Series presented by Academy Sports + Outdoors National Championship (TBA). 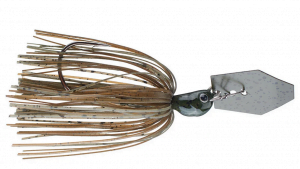 Spending their day in Lake Griffin, the winners targeted isolated reed patches in about 5 feet and caught six keepers. They caught one on a Z-Man JackHammer ChatterBait with a paddletail trailer, but the majority of their weight came on 3/8- and 1/2-ounce black and blue Medlock jigs with a variety of trailers.

“I think running and gunning was the key for us,” Stalvey said. “We were just going to the fish we found in practice; it was just covering water.”

As Deel explained, some of the bed fish they had found in practice had already been caught by the time they reached their spots. However, fate would balance their opportunity with a 7-12 — at 1:27 p.m.

“Some people happened to stick the fish we had yesterday (in practice) and that kind of put us in a bad spot, but we were able to come through today,” Deel said.

“It was kind of stressful at first. We had a trolling motor that didn’t (fully) charge last night. But we got lucky today; God shined on us and thank Him for that.”

Nathan Reynolds and Jimmy Oguin of the Backwoods Bassin Club finished second with 19-11. Their bag included Reynolds’ personal best — a 9-2 that won the $100 Big Bass award.

“I’m glad I caught that one today and not in practice,” Reynolds said.

The Backwoods Bassin anglers were fishing main-lake hydrilla beds where they threw a Texas-rigged Strike King Kut-R Worm. Junebug and green pumpkin/blue colors were most productive.

While the Harris Chain currently finds some fish in spawning mode, Reynolds and Oguin employed more of an intercept strategy.

“We weren’t really targeting bed fish; I think the ones we were catching were in the transition; coming in and out from going up shallow to bed,” Olguin said. “They were all good fish. We’ve been on good fish all week and it finally paid off.”

Oguin said execution was essential to his team’s success. Taking time on the presentations and exercising extreme patience on the hook sets determined the outcomes of each opportunity.

“You really had to let them eat it,” Oguin said. “We probably missed 10 fish today because we’d set the hook too early. One of the times, (Reynolds) literally opened his bail and let the fish take off and he still missed it.”

This tournament was hosted by GO Sports, Lake County and the City of Leesburg.

B.A.S.S., which encompasses the Bassmaster tournament leagues, events and media platforms, is the worldwide authority on bass fishing and keeper of the culture of the sport, providing cutting edge content on bass fishing whenever, wherever and however bass fishing fans want to use it. Headquartered in Birmingham, Ala., the 515,000-member organization’s fully integrated media platforms include the industry’s leading magazines (Bassmaster and B.A.S.S. Times), website (Bassmaster.com), TV show, radio show, social media programs and events. For more than 50 years, B.A.S.S. has been dedicated to access, conservation and youth fishing.

And then there was one!

New to Fishing? 6 Essential Items You Should Have

West Marine Has a New Owner