MONROE, La. — Matty Wong said he envisioned the Bryan V. Kerchal Memorial Trophy sitting on his passenger seat during the 25-hour drive from his home in Culver City, Calif., to the TNT Fireworks B.A.S.S. Nation Championship.

Turns out, it’ll be there.

Wong caught 15 bass for a three-day total of 35 pounds, 9 ounces to win the championship that concluded Friday on the Ouachita River in north Louisiana. In addition to the hardware, Wong collected a $20,000 Nation’s Best first prize presented by Nitro/Mercury and a spot on the Bassmaster Elite Series in 2022. He’ll have use of a fully-rigged Nation’s Best tournament boat for the Elite season, which he emphatically stated he’ll join.

Wong, a 33-year old Hawaii-born angler, rallied from an 8-ounce deficit heading into Day 3. He fished cypress laydowns on the main river channel throughout the week and was consistent with his catch. He caught a 12-2 limit on opening day and followed with an 11-2 limit on Day 2, trailing only Alabama’s Coby Carden heading into the finals.

Wong caught a 12-5 bag Friday, with no fish weighing more than 3 pounds.

Wong doesn’t hide his emotions. He shed tears again on stage shortly before taking the hot seat with only Carden left to weigh. Carden, who’s reached two previous Classics, mustered only a 6-8 limit on the final day and fell to seventh overall.

That left Wong holding the trophy he dreamed was sitting shotgun on last week’s long drive across the continent.

“This whole thing is a dream,” he said. “I’m absolutely speechless.” 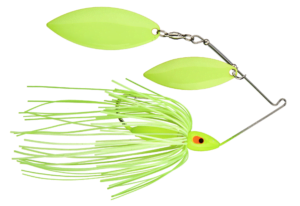 Wong leaned on a variety of balsa wood squarebill crankbaits to boat his best bass, with bluegill, shad and chartreuse as his go-to colors. He also flipped a brown jig and used a War Eagle spinnerbait with a chartreuse blade and chartreuse trailer.

Smith, 36, caught the big bag on Friday – a 16-8 limit that vaulted him from 12th place to second. It is the second time he’s finished runner-up at a B.A.S.S. Nation Championship, having done so on Lake Hartwell in 2019. He’ll head there again for his second trip to the biggest event in bass fishing.

“Being in the Classic for me is pretty special,” he said. “Whether it’s Ping-Pong or cornhole, I want to win. So, there will still be pressure.”

Smith used an aluminum boat on Friday to reach a backwater area that wasn’t accessible earlier in the week in his fiberglass boat. He threw a white Bandit crankbait on Day 3 and wound up catching the second-biggest bag of the tournament.

Miller, 37, caught a 13-4 limit on Day 3, moving from seventh place up to third and into a spot in the Classic. His primary bait was a Berkley MaxScent Creature Hawg (green pumpkin).

“Half my fish this week came from squeezing behind docks and the other half came from main-river laydowns,” Miller said.

Both Smith and Miller will have their entry fees paid into the 2022 Bassmaster Opens in all divisions.

A total of 101 anglers from 47 states and three foreign countries competed this week for $96,000 in prize money. The field was narrowed to 14 after Thursday’s cut, including the Top 10 boaters, Cates and Drath from the nonboater division, and Green and Lindgren as leading anglers in the championship from their respective B.A.S.S. Nation regions. Missouri’s Nick Luna finished 14th overall with 17-5 but didn’t make the cut to the final round.

Cates won the nonboater division on Thursday. He collected the Louis “Pee Wee” Powers Memorial Trophy as well as a $10,000 cash prize courtesy of Nitro/Mercury. His 4-3 bass was the heaviest among nonboaters and he won another $500 for that catch.

The championship tournament was hosted by the Monroe-West Monroe Convention and Visitors Bureau.

Essential Fishing Accessories to Include in Your Tackle Box