TULSA, Okla. – Major League Fishing (MLF) today announced the roster for the 2023 Bass Pro Tour, the fifth season of professional bass fishing’s most competitive tournament circuit. The field of 80 of the world’s top bass-fishing professionals will compete across seven fisheries during the Bass Pro Tour regular season for a total purse of more than $7.7 million.

The field represents 22 states plus Japan. Alabama has the most competitors with 16, followed by Tennessee with eight and Arkansas with seven. New to the Bass Pro Tour for 2023 are Matt Becker, Josh Butler, Mitch Crane, John Hunter, Nick LeBrun, Spencer Shuffield and Jacob Wall.

The 2023 Bass Pro Tour will kick off Feb. 13-18, with Stage One at the Kissimmee Chain of Lakes in Kissimmee, Florida. The regular season will conclude with the crowning of the Bally Bet Angler of the Year at Stage Seven at Saginaw Bay in Bay City, Michigan, Aug. 1-6.

In addition to millions of dollars in cash prizes, the 2023 Bass Pro Tour anglers are vying for big bass and valuable points in hopes of qualifying for the 2024 General Tire Heavy Hitters All-Star event and REDCREST V, the world championship of professional bass fishing. Each stage of the Bass Pro Tour includes six days of competition using the catch, weigh, immediate-release format, and is broadcast live on the Major League Fishing app, MyOutdoorTV (MOTV), and MajorLeagueFishing.com. Fans can also follow the on-the-water action as it unfolds on the live SCORETRACKER® leaderboard.

The 80 professional anglers that will compete on the 2023 Bass Pro Tour are: 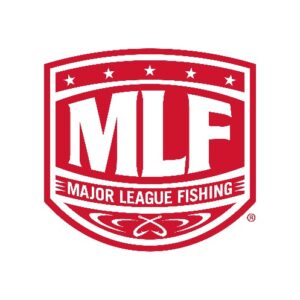 Major League Fishing (MLF) is the world’s largest tournament-fishing organization, producing more than 250 events annually at some of the most prestigious fisheries in the world, while broadcasting to America’s living rooms on CBS, the Discovery Channel, the Outdoor Channel, CBS Sports Network, the World Fishing Network, and on-demand on MyOutdoorTV (MOTV).

Headquartered in Tulsa, Oklahoma, with offices in Benton, Kentucky, the MLF roster of bass anglers includes the world’s top pros and more than 30,000 competitors in all 50 states and 13 countries. Since its founding in 2011, MLF has advanced the sport of competitive fishing through its premier television broadcasts and livestreams and is dedicated to improving the quality of life for bass through research, education, fisheries enhancement, and fish care.