GUNTERSVILLE, Ala. (Nov. 5, 2022) – The air was thick with suspense on Saturday as pro Kyle Hall of Granbury, Texas pulled out his final fish onstage at the Toyota Series Championship Presented by A.R.E. at Lake Guntersville in Guntersville, Alabama.

The rain-soaked crowd clamored with applause as the young pro produced a 5-pound kicker, bringing his five-bass limit to 20 pounds, 8 ounces. Hall’s winning bag – the biggest of the day – brought his three-day total to 59-1, giving him a 5-pound, 13-ounce margin-of-victory over 19-year-old pro Marshall Robinson of Landrum, South Carolina, earning Hall the 2022 Toyota Series Championship win and top prize of $235,000. Robinson’s five-bass limit of 19 pounds even gave him a three-day total of 53-4, good for second place and $50,000.

A regular atop the leaderboard, Hall has padded his career resume with four Top 10’s, a 2018 Toyota Series win at 1000 Islands, Polaris Rookie of the Year (ROY) in 2020 and a Tackle Warehouse Pro Circuit win at Lake Champlain earlier this year. With over half a million dollars in earnings in his young career – more than $425,000 this season alone – the Texas pro’s determination and consistency on the water across the country makes him a force to be reckoned with.

“This was such a special week,” said Hall. “I knew it was possible for me to get the win, but I just didn’t think I’d be able to get them to bite, especially consistently over all three days. The first day I probably caught 30 keepers, but the bite really slowed down the last two days. I caught about 7 or 8 fish yesterday and 8 or 9 today, but they were the right ones.

“The difference maker was the big one on the very last cast today,” Hall continued. “With only a few minutes to go, I said I needed a 5-pounder and I reeled in a 5-pounder on the next cast. It was 2:51 p.m. and we had to check in at 3 – it was unbelievable.”

Hall said he got one key bite in practice that clued him in on where the fish were and that he was around some big ones. 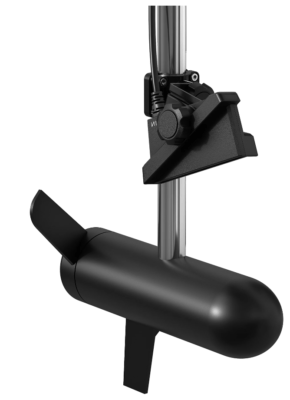 “I was fishing in 20 feet of water and the bass were suspended about 10 to 12 feet down,” said Hall. “I was pretty much just chasing bait, but I wouldn’t catch them when they were actually going after the bait. I mainly targeted the single fish around the bait.

“I think the number one thing that has kept me consistent is my Garmin LiveScope. I started depending on that a lot and when I can see the fish, I have a lot of fun trying to catch them. It hurts my back a little bit when I do it all day, but I’ll deal with that if it means a win.”

Hall said he threw a variety of baits throughout the event, but caught most of his fish on a Shane’s Baits umbrella rig with 6th Sense Divine Swimbaits and a ¼-ounce Damiki Vault blade bait.

Saturday’s final weigh-in marked the finale of the 2022 Toyota Series Presented by A.R.E. season, which featured thousands of anglers from around the world competing for millions in cash and prizes.

The top 10 pros at the 2022 Toyota Series Championship on Lake Guntersville finished:

Overall, there were 39 bass weighing 116 pounds, 1 ounce caught Saturday. Six of the final 10 anglers brought in a five-bass limit.

The 2022 Toyota Series Championship Presented by A.R.E. at Lake Guntersville was hosted by Hosted by Marshall County Tourism and Sports. The three-day, no entry fee tournament featured a field of 194 pros and co-anglers from around the world, competing for a top cash award of up to $235,000, plus multiple contingency bonuses.

The 2022 Toyota Series Championship Presented by A.R.E. will premiere on CBS Sports next fall.

The full field of anglers competed on Days 1 and 2 of the event, with the top 10 pros and top 10 Strike King co-anglers based on cumulative weight from the first two days continuing to the third and final day. The 2022 Toyota Series champions were determined by the heaviest three-day total weight.

The 2022 Toyota Series Presented by A.R.E. consisted of six divisions – Central, Northern, Plains, Southern, Southwestern and Western – each holding three regular-season events, along with the International division. The highest finishing pro from each division at the championship claimed a $10,000 bonus.

Major League Fishing (MLF) is the world’s largest tournament-fishing organization, producing more than 250 events annually at some of the most prestigious fisheries in the world, while broadcasting to America’s living rooms on CBS, the Discovery Channel, the Outdoor Channel, CBS Sports Network, the World Fishing Network, and on-demand on MyOutdoorTV (MOTV). Headquartered in Tulsa, Oklahoma, with offices in Benton, Kentucky, the MLF roster of bass anglers includes the world’s top pros and more than 30,000 competitors in all 50 states and 13 countries.

In 2019, MLF expanded its portfolio of catch, weigh, and immediately release events to include the sport’s strongest five-biggest-fish format tournament circuits. Since its founding in 2011, MLF has advanced the sport of competitive fishing through its premier television broadcasts and livestreams and is dedicated to improving the quality of life for bass through research, education, fisheries enhancement, and fish care.

Mark Daniels Jr Jerks His Way to a Win