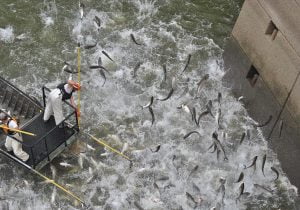 Since 1946, Tennessee Wildlife Federation has been a consistent voice for our state’s wildlife. We work to ensure the concerns of outdoor enthusiasts and sportsmen are represented by our state’s leaders.

More and more, those concerns include Asian carp.

Asian carp have been spreading through our waters for years, and they threaten Tennessee’s aquatic species, recreation, and economy. They reproduce rapidly, have no natural predators, and deplete food sources native fish rely on.

Any effective and long-term solution to Asian carp must include these two elements—blocking them with special barriers to stop movement between waterways and getting commercial tackle in the water to remove large amounts of the invasive species.

The scale of the solution to this massive problem is so large it will require millions of dollars. Securing state and federal government funding is likely the only way to make it possible.

Such an investment would protect angling in Tennessee, which generates $1.2 billion in economic impact, $112 million in state and local tax revenue, and $149 million in federal tax revenue. 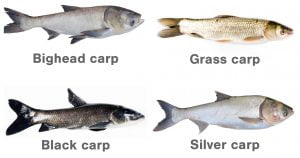 In 2018, the Federation’s focus turned to building support for a federal funding solution.

From this call, a plan for securing federal funding formed.

The Federation along with partner legislators—particularly Representative David Kustoff and Senators Alexander, McConnell, and Shelby—coordinated an effort to secure a federal appropriation that would fund block and tackle efforts in six states.

If passed in the Senate as part of the federal budget this fall, Tennessee will have the resources and tools to dramatically push back Asian carp numbers.

The fight is far from over, but we are getting closer and closer to a bigtime solution to the enormous problem of Asian carp.

To learn more about Asian carp and how you can join the fight, visit tnwf.org/asian-carp

Our Favorite Baits for Fall Bass