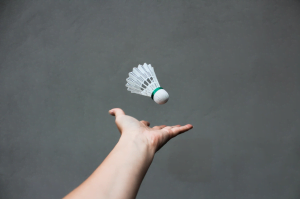 Almost everyone has played badminton once or twice in their lifetime. It is a low-key sport that everyone seems to enjoy. It is a popular pastime for the Westerners and a professional racket sport for the Asians, who dominated every badminton Olympic game. Regardless of how it is embodied, this proves that it is a sport loved by millions.

Since the epic sport’s introduction to the Olympics in 1992, its appeal to different generations went global (read more). Even if it is one of the most played sports in the world, smashing a shuttlecock at 270 mph is not that easy. What more when you are at its receiving end?

If you are pursuing badminton, you may have realized that it is much different from the ones you played in your backyard. There is a lot more to it than just rackets and smashes. There is the backhand stroke, proper stances, and the dreaded footwork.

Badminton footwork is complicated but an important part of the game. Many players have a hard time mastering the footwork since it requires complex movements. It makes a game more complicated since you are going to think and do many things at the same time: where is the birdie? How to receive it? What stroke to execute? What footwork to use?

The Basics Of Badminton Footwork

By returning to your base every after a shot, you are more likely to return your opponent’s next shot whichever side of the court he/she decides to land it.

This is the position you always assume every time you are on your base point—waiting on your opponent’s next stroke. This is the “ready position”. Assuming the right stance enables you to react fast to the opponent’s shots. Instead of waiting idly by with erected legs, you stand on your legs wide apart and slightly bent.

It can be an attacking stance, a defensive, or a receiving stance.

According to Liam Walsh, a UKCC Level 2 Certified Professional Coach, the split step or split drop is the secret in acquiring speed during a game.

This is when you load your body (especially your legs and knees) with energy then make a tiny jump before moving to receive your opponent’s shot. The split step boosts your speed and allows you to move quickly.

As you do your split step, it is important to remain on your toes. This moves the majority of your weight forward, making acceleration easier. Staying on your toes increases your agility and allows you to react fast.

Practice doing the split step as you return to your base point. This improves your footwork altogether.

While doing the basics of footwork, it is also important to be mindful of your body position. Your body balance affects every shot you make. Keep your torso straight and use your non-racket hand to balance yourself during every movement. 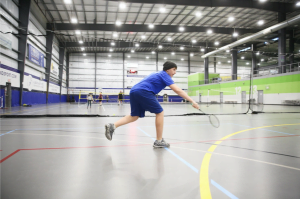 The Different Types of Footwork Steps

The actual steps in badminton footwork vary. There are different terms used but the meanings are consistent. Master how the professionals play best badminton by practicing every day. Here are some of the basics of it:

Every Beginner’s Guide To Golf