The Myth, The Leg

You know what your Power-Pole anchors and accessories do, but do you know how? C-Monster Control System – the most efficient and beneficial marine operating system on the market and the future of total boat control.

So how does it work? 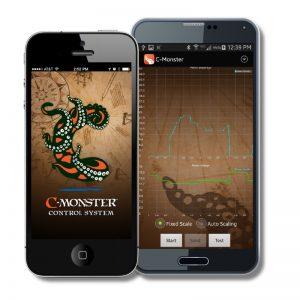 By definition, C-Monster Control is a propriety wireless protocol, specifically designed for the marine industry. But in short, it’s the“brains behind your best catches”allowing you to wirelessly control and customize your Power-Pole anchors and accessories at the touch of a button – whether on your C-Monster app, key fob or dash switch. But JL Marine Systems is taking the power of C-Monster Control beyond Power-Pole anchors.

C-Monster Control is the wizard that not only directs your Power-Pole anchors, but all of your boat accessories. In partnership with LOWRANCE, Power-Pole will be featuring the concept of “Total Boat Control”with C-Monster’s new integrated gateway with NMEA2000: CM2 to NMEA2000.

“NMEA2000 is the current communication standard within the boating industry. CM2 to NMEA2000 allows the C-Monster network to participate with the NMEA2000 network and vice-versa,”said Robert Shamblin, vice president of JL Marine Systems. Inc.“The gateway allows for immediate adoption of the wireless CM2 protocol and control via NMEA2000 until manufacturers adopt the CM2 technology set within their products.”

You know how they say communication is key?

Think of C-Monster as the translator that communicates exactly what you want your boat accessories to do. The new CM2 to NMEA2000 gateway allows other devices to reap the control and customization benefits of C-Monster Control system. But we’re anticipating much bigger waves in the future.

“C-Monster is truly going to be the way of the future when it comes to managing your boat,” said Shamblin. “We have developed a protocol that won’t become outdated, and will easily move into the future as new accessories and technology comes out. But to the everyday fisherman, C-Monster will bring so much ease to days on the water and will allow you to be more safe, more efficient and have more fun customizing not just your Power-Pole anchors, but all of your boat accessories. And now with the NMEA2000 connector, other devices can communicate with C-Monster.”

C-Monster Control is the catapult that has allowed JL Marine Systems to push the needle farther when it comes to total boat control, including the much anticipated Power-Pole CHARGE. 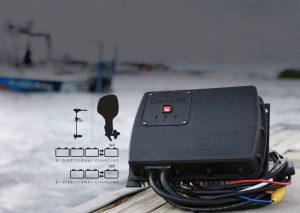 It doesn’t just put power into your battery, it moves power around from cranking battery to trolling batteries to keep them all balanced and charged – no other battery charger system can do that.

Plus, CHARGE does the work of a traditional battery charger, but also features an emergency power transfer system so you can crank your main motor when the cranking battery power level goes below the preset minimum all in one compact unit.