Oklahoma State University’s bass fishing duo of Zack Birge and Blake Flurry rode the River2Sea wave to victory at this year’s Carhartt Bassmaster College National Championship.  Although it was a three-day, three location event, Birge and Flurry had the victory wrapped in the first two hours of Day One after tying on a plastic toad that the bass of the Arkansas River were begging to bite.

“It was a River2Sea Bully Wa 65 with a green back and a white belly,” remarked Birge. “They hit it fast and furious.  We had a dozen good fish in the first hour or so -before sunrise; we culled once or twice and we had 17-lbs, 4-oz. I thought it was only going to be about 14-lbs; but it was more.”

Birge and Flurry walked their Bully Wa’s over a specific patch of grass, near a creek channel, next to the bank that they had located on their last day of practice. Their target area was only covered by about 1-ft of water; it was adjacent to a 12- to 15-ft drop off.  It stretched approx. 100-yards; but the pair from OSU pinpointed a sweet spot that extended about 25-yards. “Every fish we caught came from that one spot,” recalled Birge.

Birge, Flurry and their Bully Wa’s may have made catching seem easy; but in reality it was tough fishing on the River on that 100-plus degree day in July.  The scales closed with only 11 boats in a 57 team field landing a limit and more than half weighing in one fish or less.

The OSU angler’s 17-lbs set them up with a substantial lead as they forged ahead with two more days to battle.

Day Two’s stop at Lake Maumelle near Little Rock was a challenge as they finished the day without filling out a limit.  Birge and Flurry weighed in four fish for 4-lbs, 4-oz; yet they still held on to the first place seat.

The fishing partners fought for their final five fish limit on a private 326-acre lake known as Hurricane.   Along with a Zara Spook, Birge and Flurry fed the biting bass with a River2Sea Rover and Bubble Pop as well as an encore performance from the Bully Wa.  A final catch of 16-lbs, 5-oz sealed the deal and the OSU team claimed their wire-to-wire win with a tournament total of 37-lbs, 13-oz.

“The fish we got on the Bully Wa on the first day was what made the difference,” noted Birge. “I had picked out some stuff from Tackle Warehouse and ordered it online. I went to a different lake to practice and caught a bunch of fish on the Bully Wa.  It built my confidence and I knew I was going to throw it in the tournament.”

As for the future, Birge’s plans include a Dec. graduation and hope for a run at professional bass fishing.  He expressed his thanks to BassCat, Mercury, Riojas Rods and Power-Pole. 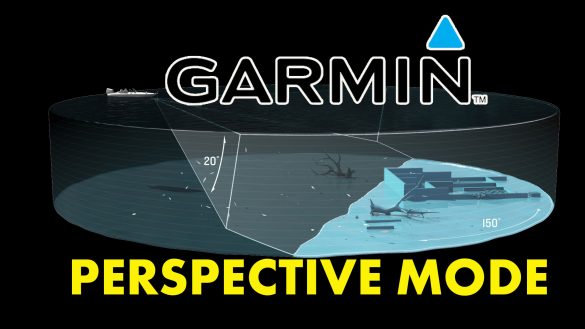 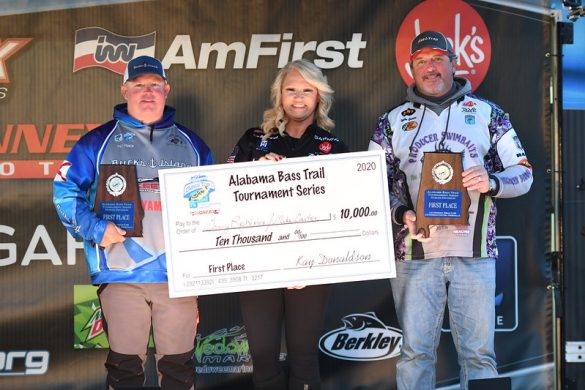 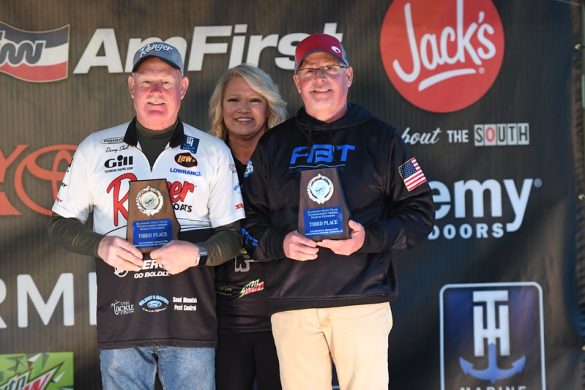 Learn From A Legend while Fighting for Childhood Cancer