SYRACUSE, N.Y — The Basspro.com Bassmaster Eastern Open at Oneida Lake attracted its share of local legends, and two of the biggest were in the Top 12.

But Oneida crowned a possible legend-in-the-making Saturday when Grae Buck brought his 15-pound, 6-ounce limit to the scales and clinched not only the trophy for the Oneida event, but an even bigger prize as well — a berth in the 2020 Bassmaster Classic.

“I’m ecstatic,” Buck said, shortly after he left the stage a winner. “I can’t believe I made my dream come true of fishing the Bassmaster Classic. I fished all the Bassmaster Eastern Opens this year just to come to Oneida Lake, because this is the lake I know the best in the country. It’s about 3 1/2 hours from my house, and I’ve made a lot of money up here.

The bite turned tough Saturday — a factor of the relentless fishing pressure, as well as wildly shifting winds (they were stiff and out of the West). Four of the final Top 12 failed to catch a limit, and only one pro weighed more than 17 pounds during the Championship round.

Buck not only had to move ahead of Day 2 leader Kameron Harbin of Abbeville, S.C., he also had to fend off local hammers like Jamie Hartman and Stanley Sypeck Jr., both of whom struggled Saturday. Hartman finished in third place, where he started the day. Harbin finished ninth.

Brisbane, Australia, pro Dean Silvester weighed the day’s heaviest bag at 17-5, which pushed him all the way from ninth to second. He fished a green pumpkin Z-Man ChatterBait all three days.

Buck hails from Harleysville in eastern Pennsylvania, near Philadelphia. He won a BFL here at Oneida four weeks ago, and another several years ago. He’s got the lake wired, and he fished the same pattern that earned him last month’s win.

“I was fishing between 6 and 9 feet all tournament,” Buck said. “I was throwing a drop shot with a Cornerstone Baits Shimmy Shot. It’s been a strong pattern here for a month. When you get around the fish, they eat it. 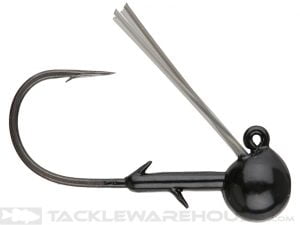 “The only difference from how I won the BFL is that this week, I switched to the ghost color, which is white. I think before they were eating a lot of perch fry and gobies. Now they were probably focused more on shad. I also caught quite a few yesterday on a Ned Rig, which was a Shimmy Shot on a 1/10th-ounce Hyabusa Brush Easy jig.”

Buck made long casts with the Ned rig and precise drops with the drop shot into mixed areas of rock and grass.

“I think the most important thing for me was finding concentrations of fish,” Buck said. “I had three spots I found in practice and they held through the tournament.”

Sylvester, with his second-place check money, now faces a decision. He sold his house in Brisbane and used the proceeds to fund his four-event experiment in the Eastern Opens.

“I’m amazed I finished second,” Silvester said. “I had a really good practice and a really good tournament. My goal was to catch a limit each day, and I did that. But I think I probably cost myself on Day 2, when I lost three or four fish that really could have helped me.”

Silvester said his Eastern Open campaign cost him more than $35,000. He still has $8,000 left from selling his house, but needs to purchase a bass boat in order to keep competing. He said he’s going to start looking for financial sponsors immediately.

White was a key color all week, along with the ever-effective green pumpkin, and most pros fished some form of white at least part of the time, whether it was a ChatterBait, drop shot, frog, topwater or swim jig. Buck was fairly alone among the top finishers in his 100 percent reliance on plastics.

This was the final 2019 Eastern Open. The Top 5 finishers in the points standings, who are not already qualified through the Elite Series, will earn a berth in the 2020 Bassmaster Elite Series. Anglers must have fished all four Eastern Opens to qualify.

“I don’t know what to say,” Prince said, with trophy in hand. “This means the world to me. I live in Georgia. It took 17 hours to get here. I’d never caught a smallie before this week. To come here and get a check like this — I didn’t expect that.”