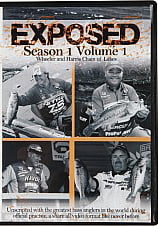 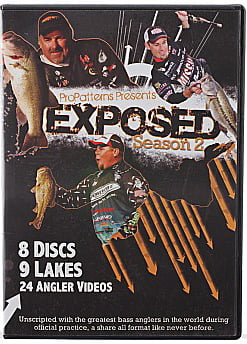 In his fourth video appearance Snowden shares with the Exposed audience his knowledge of the lake located not far from his hometown of Reeds Spring, MO. He takes time in his premier to explain his strategies during this preparation, the final day of official practice. Audiences are being given the opportunity to ride along with Snowden in an unscripted, never before seen video.

In this episode Snowden discusses the change in season and the effect it will have on his location and outcome. Even the best anglers can be thrown off by weather changes on familiar lakes. While Snowden may not have found any new patterns he doesn’t find any day on the water a waste. 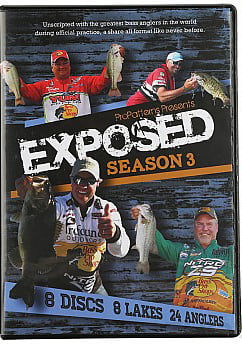 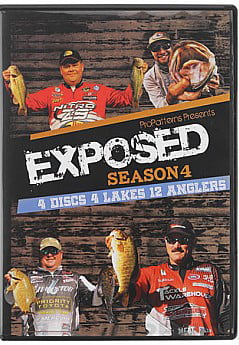 as much information about the body of water I will be fishing,” Snowden shares, “I spend time reading past tournament results, fishing reports, and Google Earth. If there have been any past televised events I t ry and watch them to take notes. This gives me a good starting point and basic patterns that should work on the body of water.”

Snowden has appeared on the show in all four seasons and continues to offer his support of Exposed and ProPatterns, “Exposed gives you the best reality of how to pattern fish from many of the best anglers in the world. You can learn more in one hour by watching this show than spending countless days on the water.”

Snowden has competed in over 150 tournaments, his tournaments involve several Bassmaster Classic qualifications including the upcoming 2015 GEICO Bassmaster Classic being held in Greenville, SC February 20-22. Following this event Snowden will continue his professional career in 2015 with Bassmaster as an Elite angler, you can follow Snowden’s success this season at www.bassmaster.com. You can enjoy learning from Snowden and other Exposed anglers exclusively at www.ProPatterns.com.

Fishing Gears Made for Kids