Jim Leachman and avid bass angler to Keep His Promise to His Dying Friend and Now Will Donate His Kidney to Save the Life of a Total Stranger 5,000 Miles Away That He Met Online; On MatchingDonors.com. 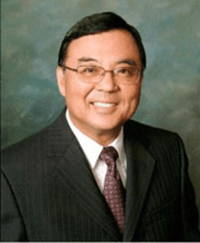 Site Endorsed by Various Health Officials, Ethicists and Doctors across the Country

When Jim Leachman moved from Portland, Oregon to Calera, Alabama, he befriended his neighbor Danny Prince. A year and a half after they met, Danny was diagnosed with throat cancer. Unfortunately, Danny lost the battle with cancer and passed away. During one of their final days together, Jim told Danny that there was nothing he could do to save him. But he promised to go out into the world and save another life in Danny’s name, so that he may live on.

Four days after he made this promise, he saw a TV segment on the need for kidney donors. Curious, Jim went online and found MatchingDonors.com. The first time he visited the site, he spent seven straight hours reading all of the patient profiles for people needing a kidney. He felt so involved in these lives upon reading them that he felt absolutely convinced that he needed to donate. Jim tested for the very first person he contacted through the site. After months of testing, the hospital disqualified him from donating due to a single kidney stone he had several years ago. He was devastated, but he still had a promise to keep to Danny.

Jim tested for another patient on MatchingDonors.com, and they were a match. After nearly eight more months of testing, Jim received a call from the hospital telling him that they too had to reject him from donating, this time due to an issue they detected with Jim’s heart. The patient who matched with Jim received a kidney shortly thereafter from a deceased family member. Jim, now concerned with his own health, went to see a cardiologist. After passing all the heart tests, the doctors determined that there was no reason to keep him from donating. So, he signed right back onto MatchingDonors.com to again try to fulfill his promise to Danny.

He found his third potential kidney recipient, a man from Seattle. Once again, Jim was a match. At one of the final tests before he would be sent home, they did a routine blood pressure check that showed high blood pressure for the first time in Jim’s life. They did further tests and determined yet again that Jim was not eligible to donate. The man from Seattle received another kidney just three weeks later. Jim, thankful that his potential recipient had a new kidney, returned home feeling as though his role in these potential donations was not to be the donor, but to provide support for the families trying to find a kidney. Even though he had not donated to any of his three matches, he still considers them members of his family and remains in contact with them all, supporting them as much as they need it.

After a year on blood pressure medication, Jim got back to looking for a recipient for his kidney, still determined to uphold his oath to his friend Danny so many years ago. He and Lawrence Kumabe had been in contact before through the site, while Jim was testing for another patient and while Lawrence had someone testing for him. Even so, they became great friends, checking in on the progress of one another’s testing. Six months after Jim ended his blood pressure medication; Lawrence contacted him stating that his donor backed out before the surgery and asked if Jim would be tested for him. Jim replied without hesitation and testing began. Now, over four years since Jim spent seven hours poring over patient profiles on MatchingDonors.com, he is going to be keeping his promise to his friend Danny Prince by donating his lifesaving kidney to Lawrence Kumabe on April 26, 2018.

Jim says that while he may be giving Lawrence the gift of life, Lawrence is giving him a gift just as powerful, a sense of purpose and clarity in the world. When asked how he feels about Lawrence, he responded, “I can tell you truthfully, I love him like my own brother.”

Because of registering on MatchingDonors.com, Lawrence Kumabe will be receiving a lifesaving kidney transplant from a complete stranger 5,000 miles away ; Donor: Jim Leachman, a 54-year-old father of four and Costco employee and avid bass fisherman from Calera, Alabama.

The surgery will be on April 26, 2018 in University of San Francisco.

There have been over 600 transplant surgeries facilitated between a patient and altruistic donor that found each other through MatchingDonors.com.

When Lawrence put his profile on MatchingDonors.com, he wrote:

When Jim put his profile on MatchingDonors.com, he wrote:

I am a 54yr old male and father of four. Have been married for over 16 to my wife Laura. I was a heavy drinker for many years but do not drink anymore. I was baptized on Aug 19th 2001 in the Snake River just outside Tri-Cities Wa. On that day I asked the LORD take away my addiction to drinking and he did so that day. I have not drank since that day and have never even been tempted. I have had many check ups since my drinking days and the LORD has seen it in his eye’s to keep me healthy and no effects from my past. I try to be a good Christian man to my wife and children but feel I could do more. I have worked at Costco Wholesale for over 20 yrs now and will some day retire from there. I love the outdoors and bass fishing is my passion. My other passion is to watch my kids do well in school, church and in sports. My oldest son (14) is a basketball and football player and I love to watch him play. My reason to want to donate is easy. I want to help some one in need. I am from Portland Or and was raised a welfare child. My mom did all she could do but it was what it was. I am not a wealthy person my any means and struggle everyday just to get by. BUT the one thing I do have is the gift that my LORD have given me and that is my body. It would be a joy to help another person for no other reason but to help. God Bless…Jim

MatchingDonors.com was launched in January of 2004 as an Internet service based in Canton, Massachusetts. Patients on transplant lists put their profiles on the website, and potential donors browse the site for a life they want to help save.  Donors are not compensated, since it is against the law to have any financial benefit from organ donation.

“We believe that if more people were better educated on the ability to be a live organ donor, and we add in the personal communication between potential organ donors and patients needing an organ, the number of donors will increase and so will the probability of a patient receiving their much needed organ.  We already have over 15,000 potential donors on our site waiting to find patients needing organs”, said Paul Dooley, MatchingDonors.com CEO.  “MatchingDonors.com is the most comprehensive searching system available. Other organizations concentrate mainly on the passive anonymous portion of finding organ donors – leaving little or no communication between patients and potential donors”.

Become A Living Organ Donor By Registering At MatchingDonors.com And Help Someone Discover An Entirely New Way To Look At Tomorrow.

Currently patients waiting for an organ donation are placed on the UNOS national waiting list through the United Network for Organ Sharing.  A computer system matches patients to donor organs according to objective criteria such as blood and tissue type, immune status, medical urgency and time spent on the waiting list.  This ranking system determines which patients are offered available organs.  This process is extremely important in anyone’s organ search, but now MatchingDonors.com offers a way to enhance the search with a more active approach.  It also allows the patient to be proactive with his life.

MatchingDonors.com main objective is to search the world to find potential live donors for people in need of organ transplants, also knowing the success rate of living donors as opposed to deceased donors is higher.  Patient members of MatchingDonors.com provide a personal biography as well as pictures of their choice to display on the web site, which will create an interest in them and their life story.  When patients in need of an organ transplant place themselves into MatchingDonors.com database, their information will be promoted on the web site.  MatchingDonors.com advertises and promotes its Web site in many different ways through extensive public relations networking to increase potential donors viewing the site.

The personal connection between donor and recipient is the key. MatchingDonors.com provides the opportunity to locate a potential live donor.  According to the National Kidney Foundation, “Nearly one out of four (23.4%) of 1000 people queried told pollsters that they would be “likely” to consider donating a kidney or a portion of their liver or lung to help save the life of someone they did not know.”  Many people feel more comfortable considering offering a live donation to someone they may have a connection with or a common bond.

When patients provide their biography, and open up personally, the potential for live donors to respond is increased.  To help educate people about the option of live organ donation, MatchingDonors.com Web site provides extensive information regarding the safety and types of donations available.

MatchingDonors.com is not an organ donor waiting list, and is not associated with any organ donor organization.  It is a nonprofit venue where patients and potential donors can communicate and hopefully expedite a live donor agreeing to give a much-needed organ.  MatchingDonors.com gives patients and potential donors the important communication tools to correspond with each other, but once the contact between the parties has been made, the road to transplant surgery is their own.

More information about the company is available at its corporate web site, http://www.MatchingDonors.com.

Brandon Lester Get in the Zone – X Zone