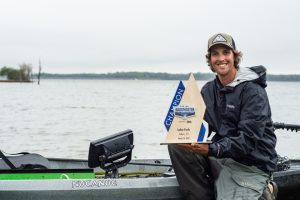 ALBA, Texas — It’s a fact that a 20-pound five-bass limit is a benchmark among tournament anglers, and the same can be said for a combined 100 inches for the same number of bass caught from a kayak.

Milton, 26, caught every one of his fish sight fishing.

“If there was ever a tournament set up for a kayaker, this was it,” Milton said. “When I started pre-fishing, I found the motherlode of spawning bass in 8 to 12 inches of water. I was 40 to 50 yards inside of where a standard bass boat could access. They were watching me catch my fish wishing they could access the same water, but it just wasn’t possible. If it weren’t for my NuCanoe Pursuit, or any kayak for that matter, I wouldn’t have enjoyed the day I did.”

Milton launched from the 515 West bridge area, and made a short run to his fishing location. He leaned on previous experience at Lake Fork that he had acquired from years competing and fishing on the lake — and also what he learned from his father.

“The second check I ever cashed in a tournament was in 2001 at Lake Fork, I was only a kid,” he said. “I’ve spent more time on this lake than I do on the lakes near where I live in Arkansas.

“I caught each bass on a Texas-rigged Strike King Rage Bug in black and blue wired onto a 4/0 Owner Jungle Flippin’ Hook beneath a 1/8-ounce bullet weight. The water was pretty dirty and the bass were super finnicky, so I had to make a perfect flip, then swim it into the bed for the fish to even consider eating it.”

His NuCanoe Pursuit has some unique features, but the modifications he implemented made it perfect for sight fishing at Lake Fork. 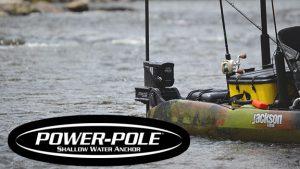 “I have a MotorGuide Xi3 rigged on the front with a wireless foot pedal, and it is powered by Dakota Lithium batteries,” he said. “I also have a Power-Pole Micro Anchor on the back, which was absolutely critical to keeping my boat in place while I fished for each bass. I couldn’t have been successful without it.”

Milton said he stood on the seat and fished out of the back of the boat because that position allowed him to be as close to the bedded bass as possible without spooking them.

“Three of my biggest fish were all bedded within sight of each other,” Milton said. “I did make a mile and a half run to what I figured was a 7-pounder, and probably would have measured 21 to 22 inches, but it never bit after a long effort.”

The tournament was hosted by Lake Fork Marina.