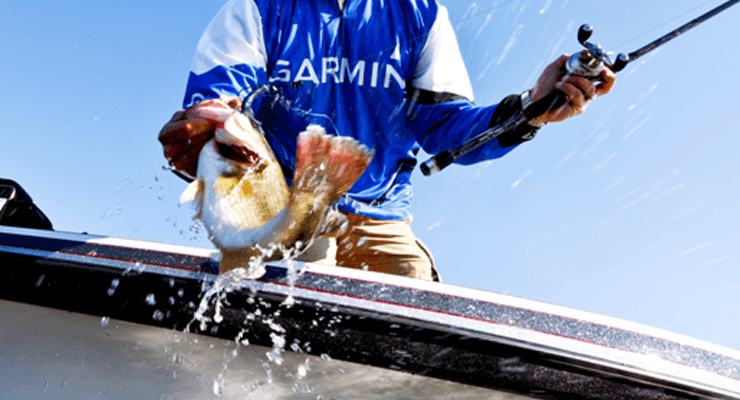 Garmin International Inc. today announced the expansion of its marine pro team with the addition of several professional anglers, including Andy Morgan, the
current leader in the BassFan World Rankings, and Mark Daniels Jr., the 2013 Bass Federation (TBF) National Champion. Morgan and Daniels are among the dozens of anglers across the
professional bass and walleye fishing circuits that will be representing the Garmin team in 2015.

One of the FLW’s most successful anglers, Morgan is not only the current leader in the BassFan World Rankings, but he was also named Angler of the Year in 2013 and 2014. During his 20-year
career as an FLW pro, he’s had an impressive six tournament wins and 58 top-10 finishes.

“I’m very excited to be a part of the Garmin team,” said Morgan. “I believe that running Garmin electronics on my boat has already – and will continue to – give me the competitive advantage,
and I’m looking forward to many more strong finishes because of it.”

Already in 2015, Daniels has bagged three top-10 finishes on the FLW tournament trail. Although an FLW Tour rookie, Daniels is no stranger to fishing tournaments. He’s taken home two wins
and nine-career top-10 finishes in his four-year FLW career.

“From the minute I saw the Garmin technology work in action, I knew it was something I needed on my boat,” said Daniels. “Garmin’s innovative technology and detailed cartography is second to
none and that’s why I made the switch.”

Other FLW professional anglers joining Morgan and Daniels on the 2015 Garmin team include Todd Auten and Scott Golden. Additionally, Paul Mueller and Byron Velvick have joined the team
and will be representing Garmin on the B.A.S.S. Elite tour. Two professional walleye fisherman, Marianne Huskey and Tom Kemos, have also joined the Garmin team.

They join a number of pros currently representing Garmin on the B.A.S.S. Elite and FLW Tour tournament circuits, including Jason Christie, Greg Hackney, Scott Martin, Brent Chapman,
Stetson Blaylock and many more. Meet all of the Garmin pro anglers and find out how they fish at www.garmin.com/fishingpros.

The 2015 pro team will use Garmin electronics on their boats and during tournaments, television shows, and in public appearances. They’ll be equipped with detailed lake maps and best-in-class
electronics and technology, including the new Garmin Panoptix™ All-Seeing Sonar that provides a video-like image of the bottom, structure and fish swimming around or in front of the boat in real time.

Garmin’s portfolio includes some of the industry’s most sophisticated chartplotters and touchscreen multifunction displays, sonar technology, high-definition radar, autopilots, highresolution
mapping, sailing instrumentation and other products and services that are known for innovation, reliability, and ease-of-use.

Matt Arey Does it Again

Five handguns that give you good protection at home